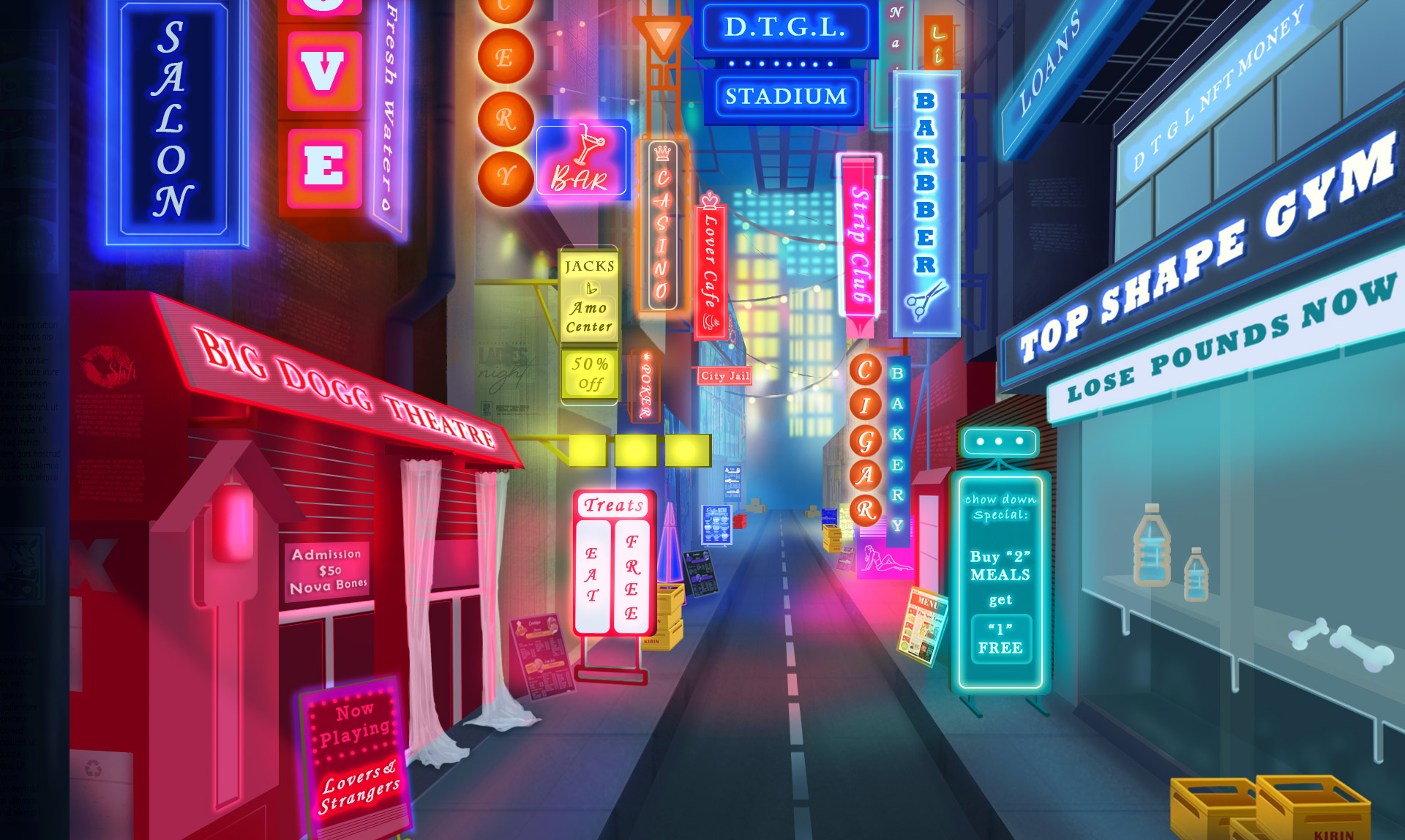 Ever since digital artist Mike Winkelmann, Beeple’s, unique work, “EVERYDAYS: THE FIRST 5000 DAYS,” sold for $69.3 million as a single lot sale on the revered British auction house, Christie’s, the art world had to reevaluate how it sold art. Digital art,  like the BAYC, Bored Ape Yacht Club, figured out how, too. BAYC is an exclusive NFT collection of 10000 unique BAYC digital collectibles hanging out on the Ethereum, ETH, blockchain.

Beeple’s sold artwork was a collection of digital pictures he posted everyday for 13-and-half years. As he and his family gathered to watch the final moments of Christie’s Auction House on March 11, 2021, his digital pictures came together and made history.

This moment also changed NFTs and blockchain investments. Beeple’s collection was the first digital artwork ever sold at Christie’s and Christie’s became the first major auction house to offer a purely digital work with a unique NFT and to accept cryptocurrency. A year later, he holds the record for the highest price achieved for a living artist at auction.

Practically a year later, celebrities and a number of companies like Universal Music Group, UMG, and Adidas have bought into the hype of the Bored Ape Yacht Club, BAYC, NFT collection.

UMG has a BAYC which manages its all-digital band KINGSHIP, which consists of a Mutant Ape Yacht Club, MAYC and three BAYC. KINGSHIP is inspired by the Gorillaz, the iconic virtual band founded by Damon Albarn and Jamie Hewlett. Celine Joshua’s 10:22PM label paid 125 ETH over $360,000 for BAYC #5537 named the ape Manager Noët All.

Adidas also announced their leap into the Metaverse when they debuted its BAYC #8774 last December 2021. They also dressed their BAYC #8774, Indigo Herz, in its signature track suit.

“There’s Gold In Them Thar” — NFTs

Celebrities are apeing — upstarting their membership into the Bored Ape Yacht Club, BAYC. BAYC created by Yuga Labs, is a collection of 10000 unique Bored Ape NFTs— unique digital collectibles living on the Ethereum blockchain. Each ape sold for 0.08 Ether (ETH), less than $200 and later sold the highest at $3.4 million in October 2021. Owning an ape, means also joining the ranks of famous celebrities. But it also means the BAYC resale minimum average sale price is at $200,000.

Celebrities have aped into BAYC by collecting one or more apes. Some have also changed their profile pictures on Twitter to show off their new BAYC or Mutant Ape Yacht Club, MAYC.

Spottie Wifi, the first cryptopunk rapper on the blockchain has made record breaking strides with his BAYC. Gold-Rilla, BAYC #4065 also serves as the hype ape for Spottie.

Snoop also gave Spottie Wifi credit for helping him develop an NFT strategy. And just in February alone, in five days, Snoop sold over $44M of his ‘STASH BOX’ NFTS. Snoop Dogg’s NFTs are limited to 25,000 and each box,  includes one of 17 songs from Bacc On Death Row. Each box costs $5,000.

.@SNOOPDOGG JUST GAVE ME THE BEST COMPLIMENT OF MY CAREER MUCH LOVE 💪🏼💪🏼💪🏼 pic.twitter.com/sr55fuQTbi

Ben Simmons an Aussie basketball player purchased Bored Ape #5164. He paid, according to media reports, 100 ETH or over $200,000 for his Bored Ape.

Musician, producer and songwriter, Timothy Mosley, Timbaland, joined BAYC with Ape #590. Timbaland bought his Ape for 74.69 ETH, which is over $300,000, according to media reports.

Justin Bieber got his first ape BAYC #3001 in January 2022. His ape was bought for 500 ETHs or over $1.4 million. According to media reports and the NFT community, Beiber paid around four times the “market value” assessed based on the NFT’s attributes and rarities.

Adam Draper, venture capitalist and managing director of Boost VC,  purchased Bored Ape #9132. Draper’s Ape was purchased for 54 Ethereum, which is over $200,000.

DJ Khaled joined the Bored Ape Yacht Club at his birthday party via MoonPay and bought  Bored Ape #7380 in November 2021.

Meek kicked off 2022 with a brand new BAYC #6877. Meek showed off his ape on his phone to Lil Baby after dropping approximately 88 ETH or over $245,000 and then he transferred it to another wallet.

Production-DJ duo The Chainsmokers are among the earliest celebrities to ape into the Bored Ape Yacht Club. The duo bought theirs September 2021, BAYC #6199, which they bought for 79 ETH, also over $200,000.

Denver Broncos wide receiver Dez Bryant aped into the Bored Ape Yacht Club five months into the sale of Apes when they were selling for 10 ETH. Bryant owns BAYC #2902 which, according to media reports, was transferred to him as a gift. This transaction occurred. His ape is worth 60 ETH or $250,000.

Stephen Curry, NBA Star of The Golden State Warriors, aped into the Bored Ape Yacht Club with Ape #7990.  Curry got his BAYC for about $180,000.

Felt like it was time to take some profit. Crazy because I bought two apes for 70 Eth total and now ONE of them just sold for 80 ($250k) 🤯

Definitely holding my other… pic.twitter.com/NBvgXMA65g 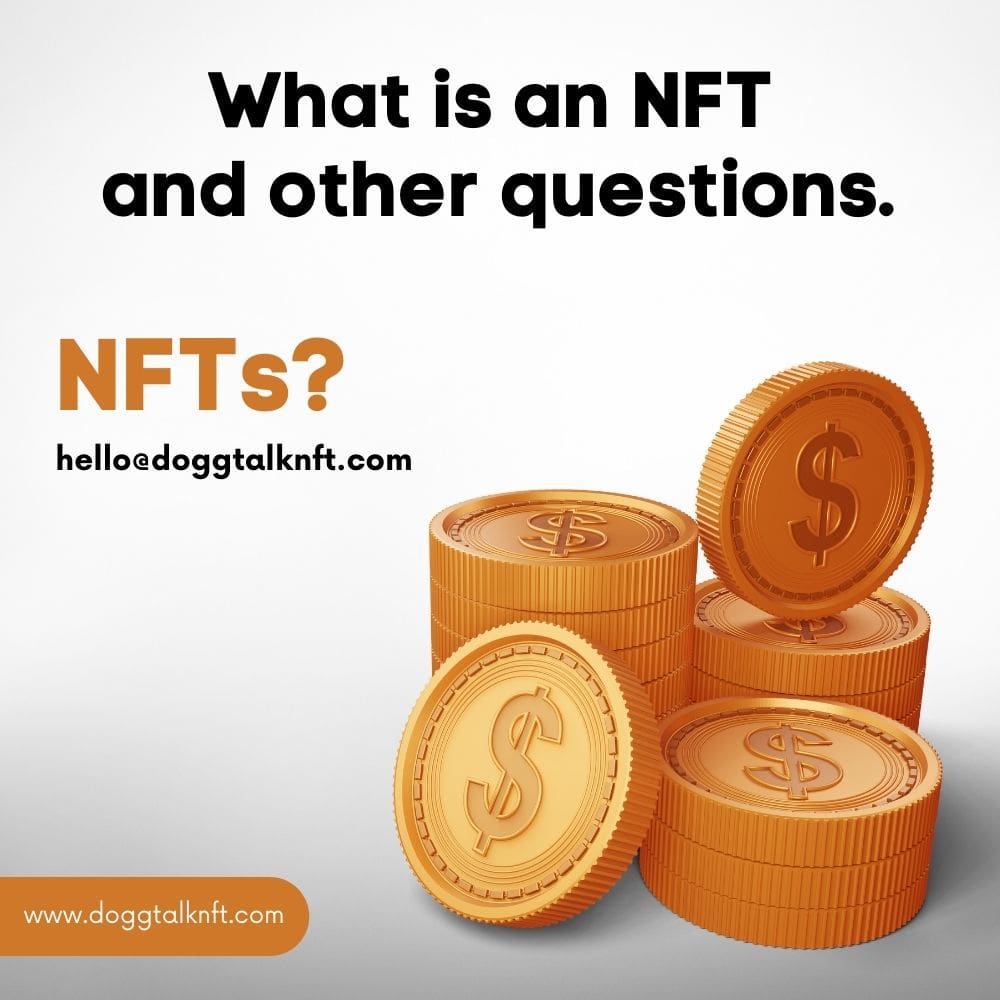 What Is An NFT? And Other Questions

Subscribe to be informed on NFTs sale in advance.
Get NFT's

Your Cart
Scroll to Top

DoggTalk NFT is a limited collection where the token doubles as a membership to the world of DoggTalk.